This tour wasn’t quite a tour, it was just two days. In November 2016 I was at the SPLASH 2016 conference in Amsterdam. I combined that with a bit of podcast recording.

I spent Friday November 4 ESTEC. I recorded three episodes. The first was about space software development (with Maria Hernek, Head of Flight Software). The second was about electric propulsion systems, my guest for this one was Jose Gonzalez del Amo, head of the electric propulsion section. The final one was about the testing facilities. I walked through the facilities with Mark Wagner, the head of that division. All three interviews were very insightful and should be lots of fun when I publish them. 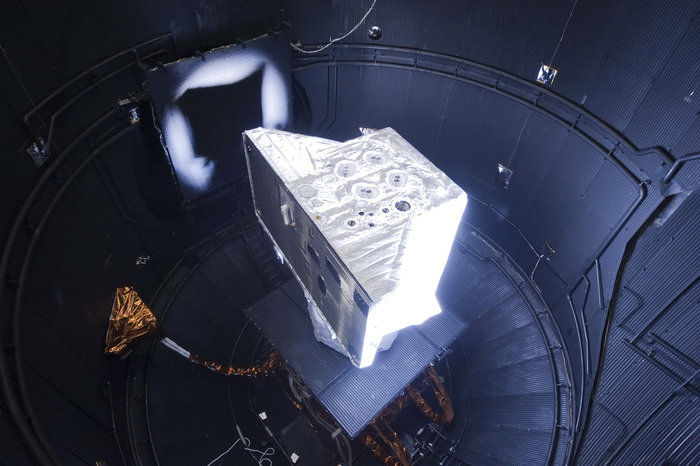 I spent the night in Utrecht and then took the train to a village near Arnhem to visit Rutger Vlek at River Synths to record an episode about synthesizers. It was a mix between the physics and the technology of how they work, plus the creative aspects. We also recorded lots of sound samples to illustrate what we talked about. In my humble and maybe slightly biased opinion this will be a fantastic episode, because our guest understands how synths work, can play them very well and is also very good at explaining things.

I returned to Utrecht where I spent another night, flying back to Stuttgart on November 6.

This website uses cookies to improve your experience while you navigate through the website. Out of these, the cookies that are categorized as necessary are stored on your browser as they are essential for the working of basic functionalities of the website. We also use third-party cookies that help us analyze and understand how you use this website. These cookies will be stored in your browser only with your consent. You also have the option to opt-out of these cookies. But opting out of some of these cookies may affect your browsing experience.
Necessary Always Enabled
Necessary cookies are absolutely essential for the website to function properly. This category only includes cookies that ensures basic functionalities and security features of the website. These cookies do not store any personal information.
Non-necessary
Any cookies that may not be particularly necessary for the website to function and is used specifically to collect user personal data via analytics, ads, other embedded contents are termed as non-necessary cookies. It is mandatory to procure user consent prior to running these cookies on your website.
SAVE & ACCEPT